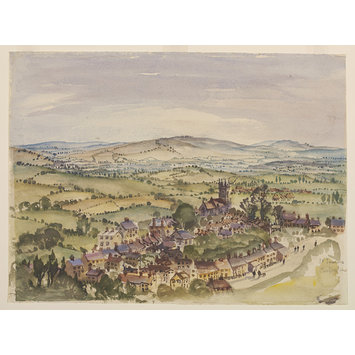 Watercolour; titled. Bird's eye view of the town of Shaftesbury, looking towards St. James' Church, with undulating hills stretching beyond to the horizon. 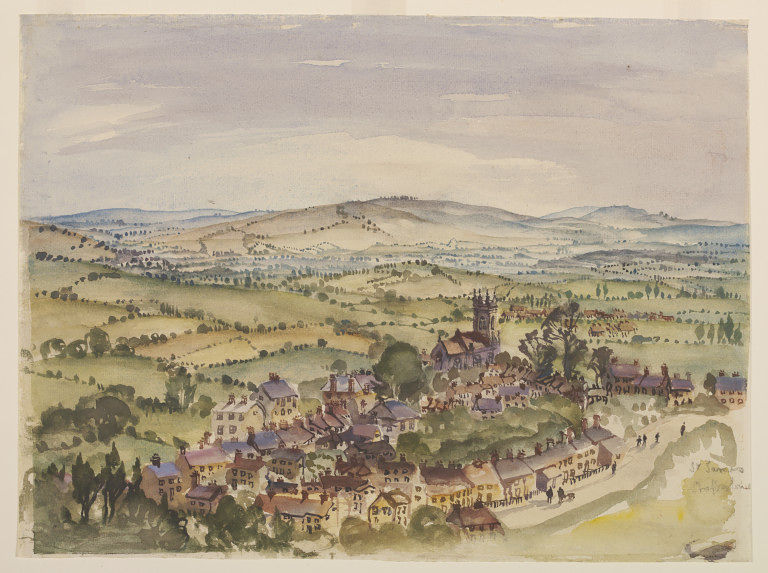