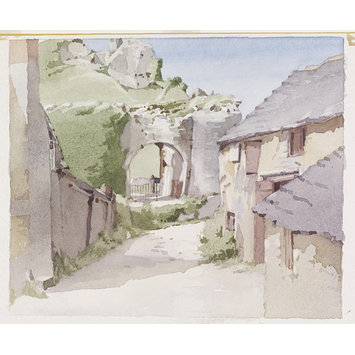 View of the arched stone entrance to Corfe Castle in Dorset; watercolour. 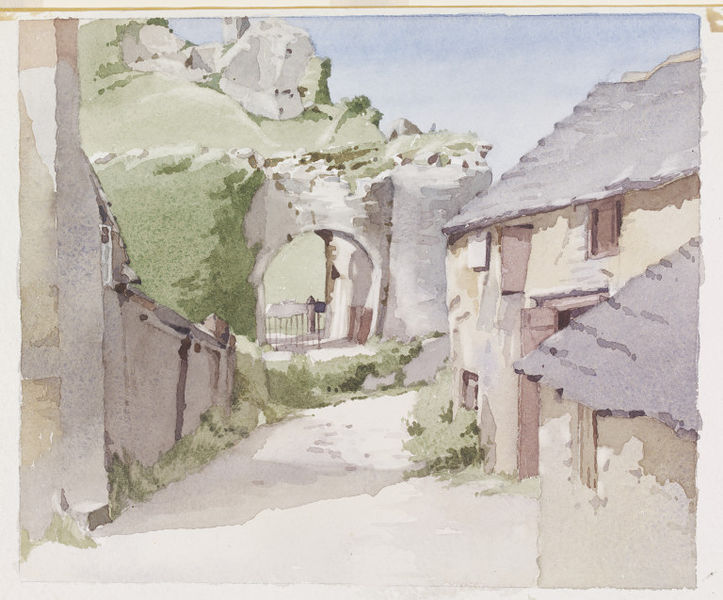