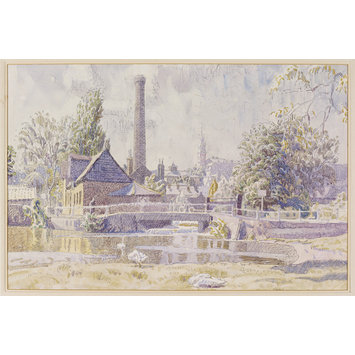 Watercolour; a view of Middle Mill in Colchester, which was a grain mill and one of several water mills with medieval origins on the Colne River as it skirts Colchester. In the foreground is the river, with swans, watched by three figures passing over the bridge. In the distance is the skyline of Colchester with a church spire and a tall factory chimney. Bayes’ delicate watercolour tints and use of an all-over cross hatching technique captures the light and atmosphere of the riverside location on a sunlit day. 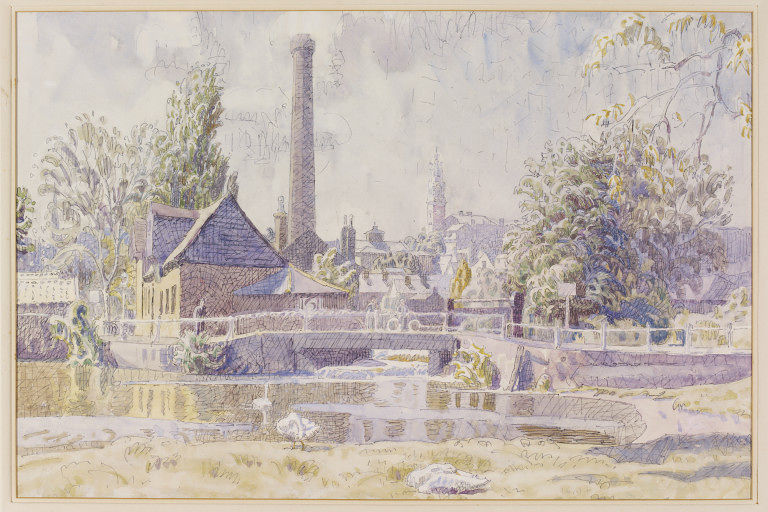