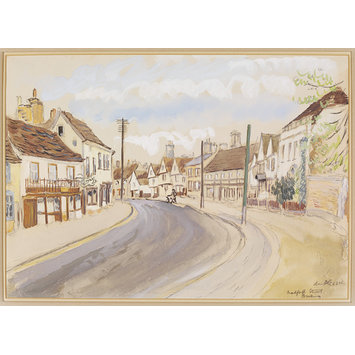 A topographical view in pencil, watercolour and body colour of Bradford Street in Bocking, Essex; signed and titled. 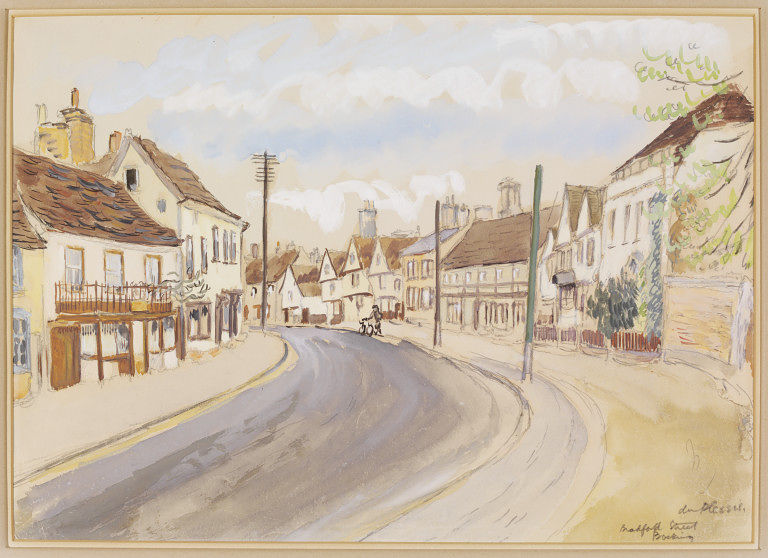