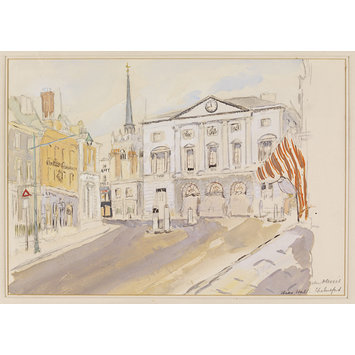 A topographical view of the 18th-century Shire Hall in Chelmsford, with a striped shop awning at right; signed and titled.

Pencil and body colour on paper 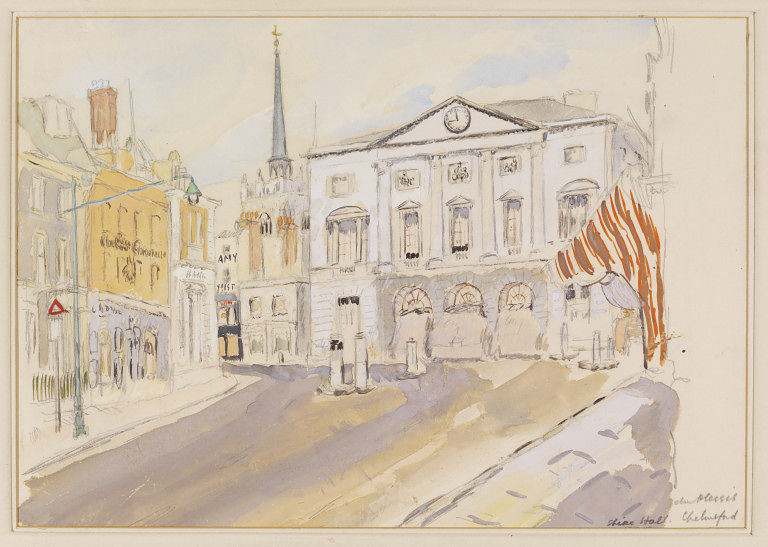