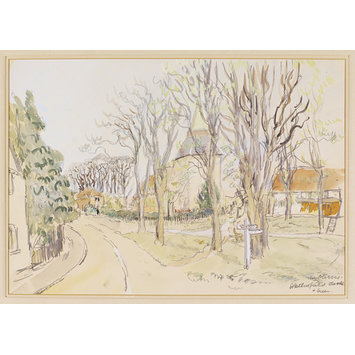 A watercolour painting of the church and green in the village of Wethersfield in Essex; signed and titled. The small triangular village green is planted with lime trees, here in their winter state, with a bench beyond the sign post. The square-towered Church of St. Mary Magdalene is in the background. 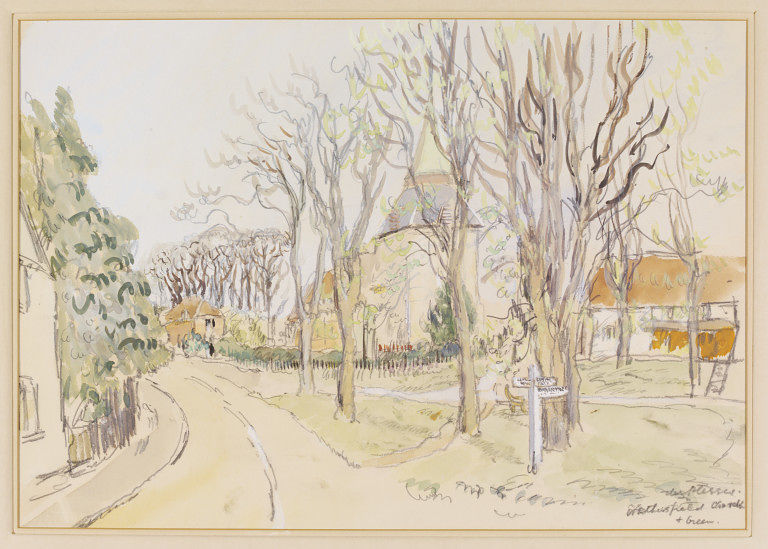