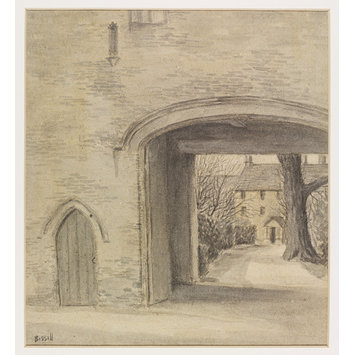 Watercolour painting; signed. Off-centre view of an arched entrance in the thick walls of a building at Quenington Court in Gloucestershire. A small pointed-arch door is set into the wall at left and the house can be glimpsed through the entrance. 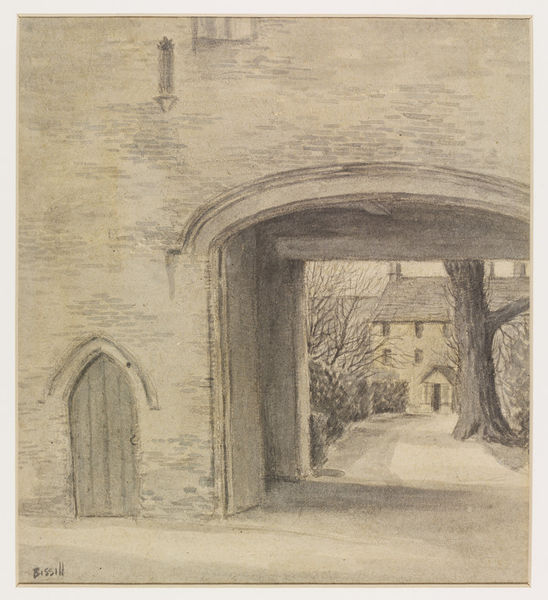