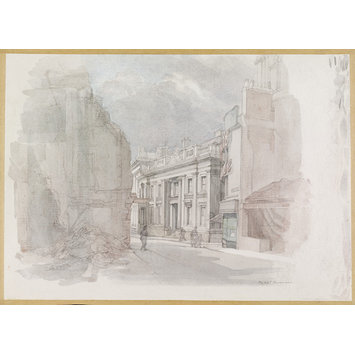 Watercolour; signed and dated. View of the early 19th-century Old Council House on Corn Street in Bristol. It is seen at an angle from the other side of the street, with a demolished building, possibly the result of bomb damage, in the foreground at left.

Pencil and watercolour on paper 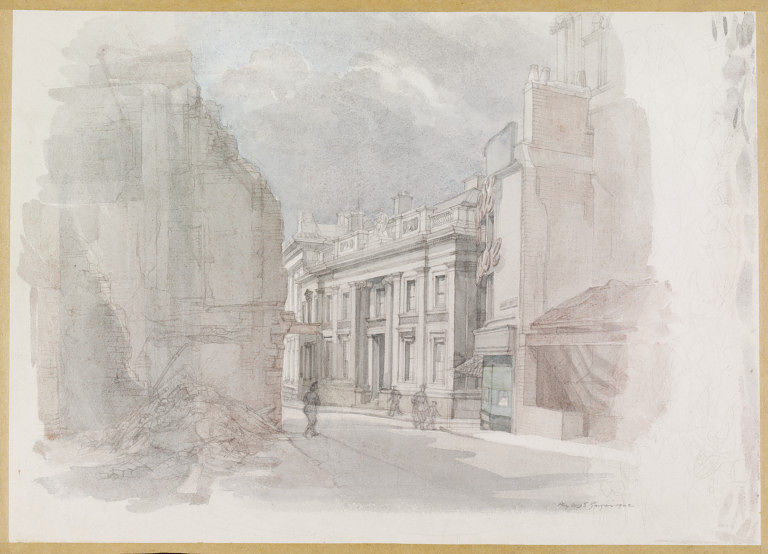