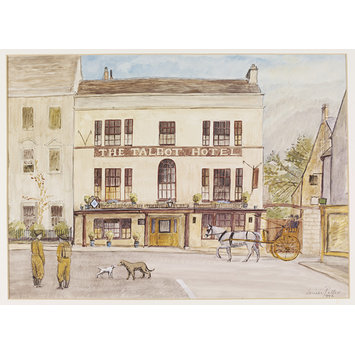 Watercolour; signed and dated. View of the Talbot Hotel, with a pony and trap passing by and two servicemen standing in the road. 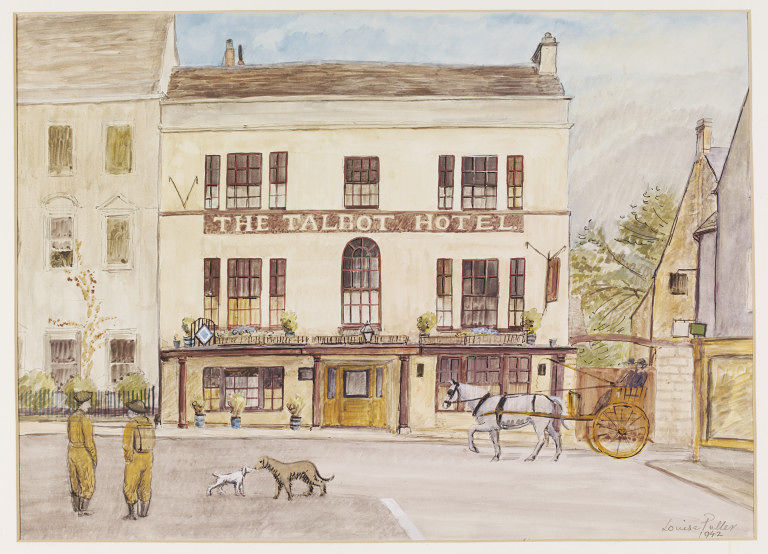