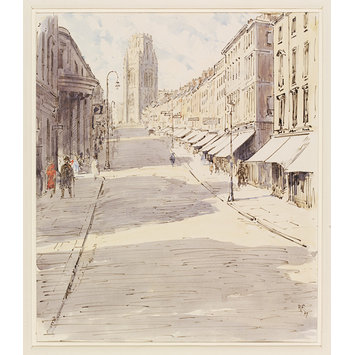 Watercolour painting; initialled and dated. View looking up Park Street in Bristol towards the Wills Memorial Building, built in the Gothic Revival style. The street is lined with eighteenth-century terraces with canopied shops and businesses at street level.

Watercolour by the Earl of Ypres, 'Park Street, Bristol', from the Recording Britain Collection (Gloucestershire); England, 1929. 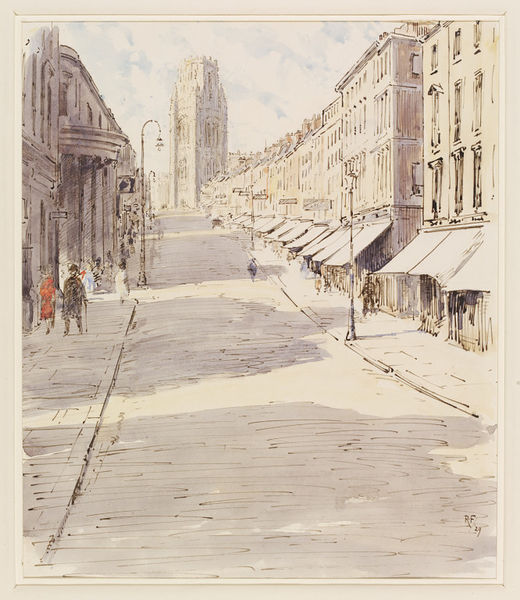