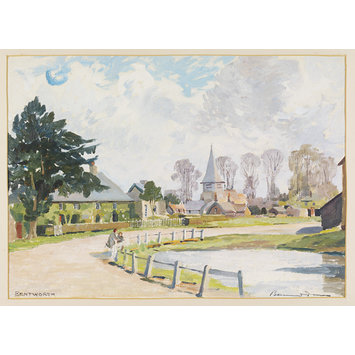 Painting; signed and titled. View of the village of Bentworth in Hampshire showing a pond in the foreground and a church spire in the distance. 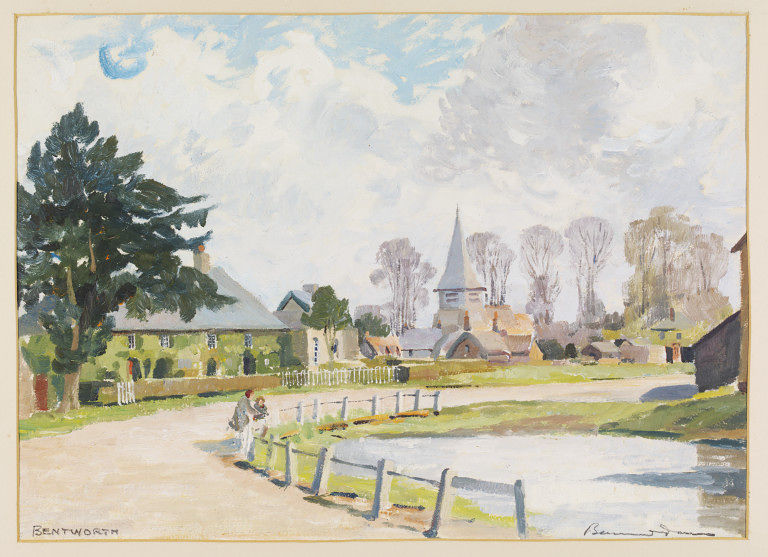