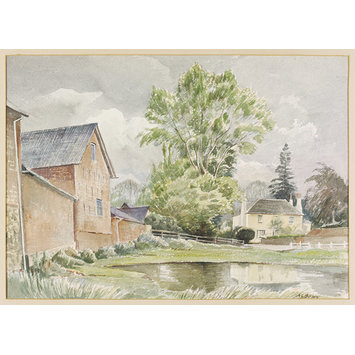 Watercolour; signed. View of a pond and agricultural buildings, with an elegant house in the distance.

Catalogue of Drawings in the 'Recording Britain' Collection given by the Pilgrim Trust to the Victoria and Albert Museum published by the Victoria and Albert Museum, Prints, Drawings and Paintings Department, 1951.
Pevsner, Nikolaus and David Lloyd. The Buildings of England: Hampshire and the Isle of Wight. Harmondsworth: Penguin, 1967. p.100-101. 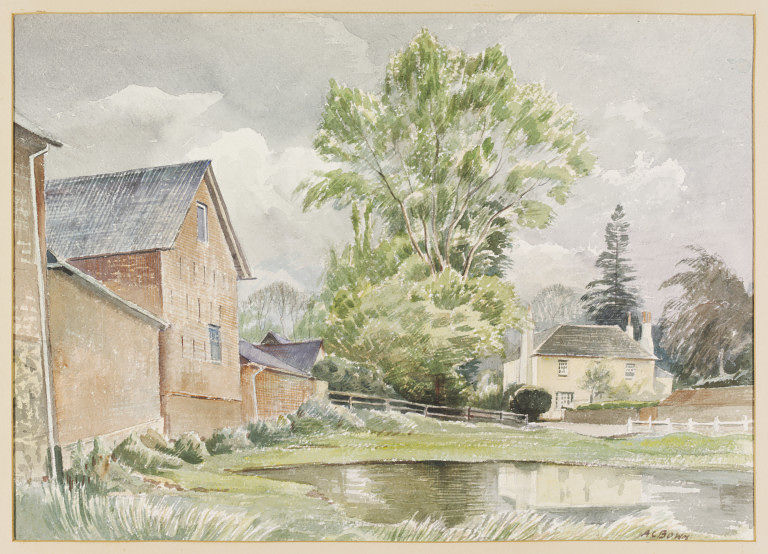