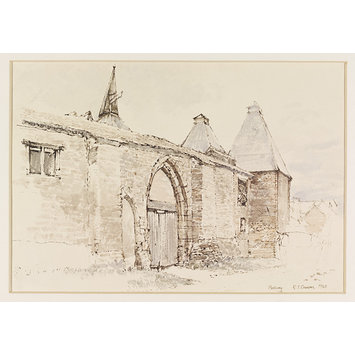 Pen and ink and watercolour painting; signed, dated and inscribed. Close view of a slightly dilapidated old stone building with a wooden door fitted into a pointed archway. The triangular cowl of an oast house or hop kiln rises above it and two square oast house towers form the end of the building. The village of Bosbury was a noted hop farming area in the 19th and 20th centuries. 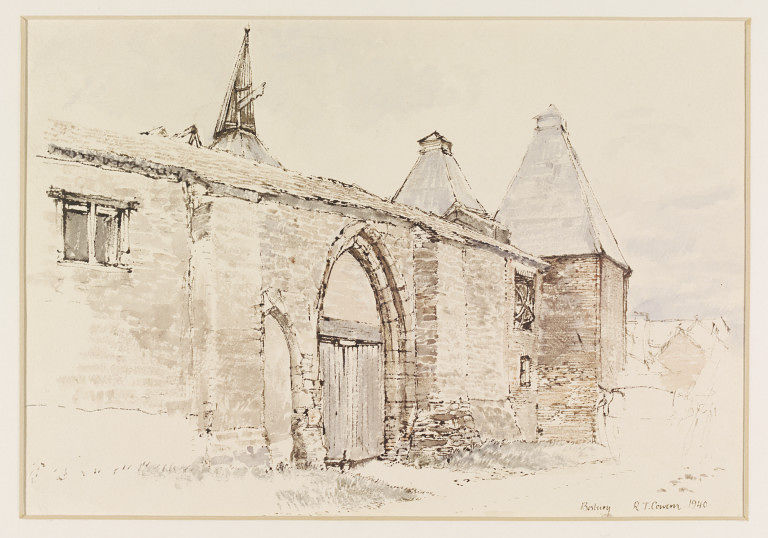