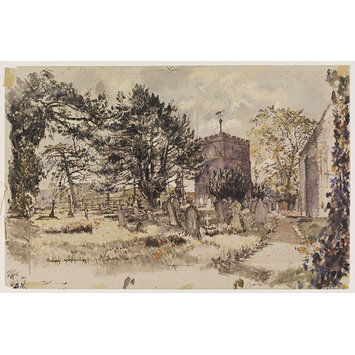 Watercolour painting; signed, dated and inscribed. Sunlit and atmospheric view of the Church of the Holy Trinity in Bosbury. The late Norman tower, detached from the church, is the focus of the painting. It is seen through the surrounding trees. The grassy graveyard, filled with leaning stones, is in the foreground, with a path leading towards the church. 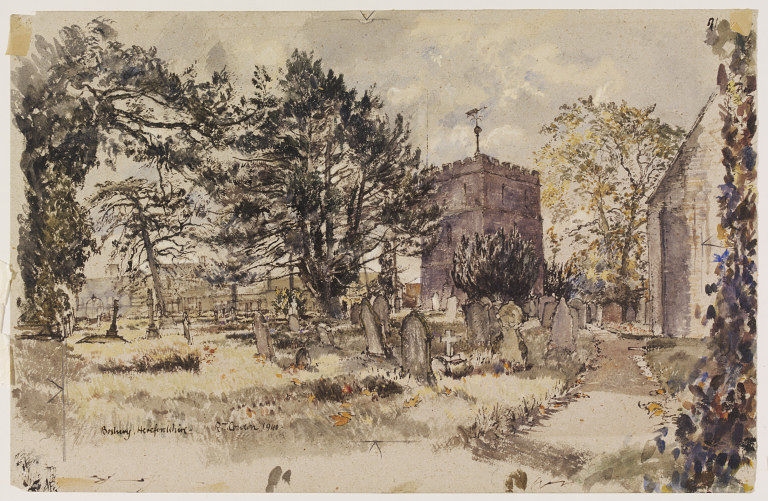