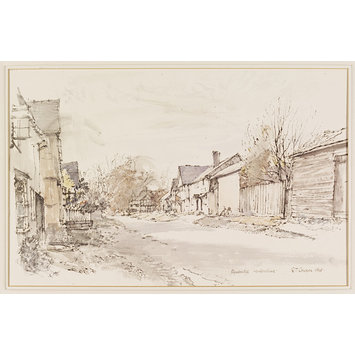 Watercolour painting; signed, dated and titled. View of a street in the small market town of Pembridge, showing cottages and timber-framed houses bordering a grassy road. 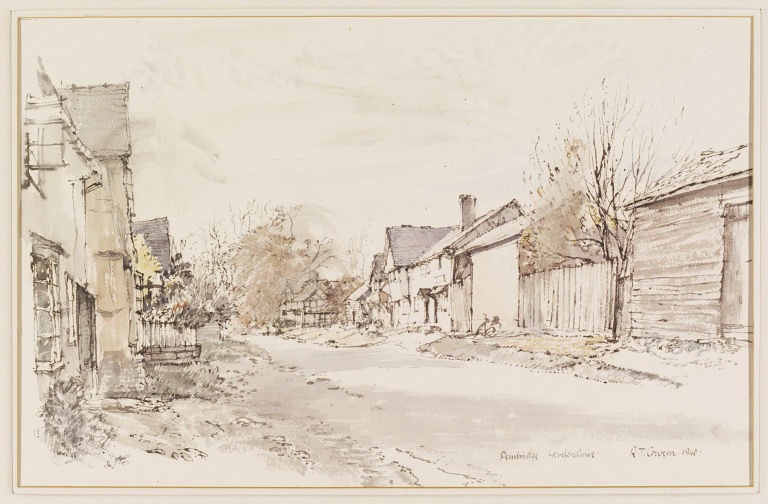