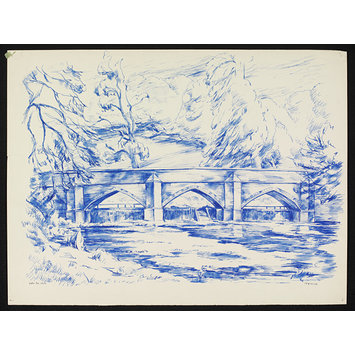 Drawing; signed and titled. View of the bridge over the River Gade at Water End near Hemel Hempstead in Hertfordshire.

Hemel Hempstead (near, made)

Pen and blue ink and wash drawing on paper 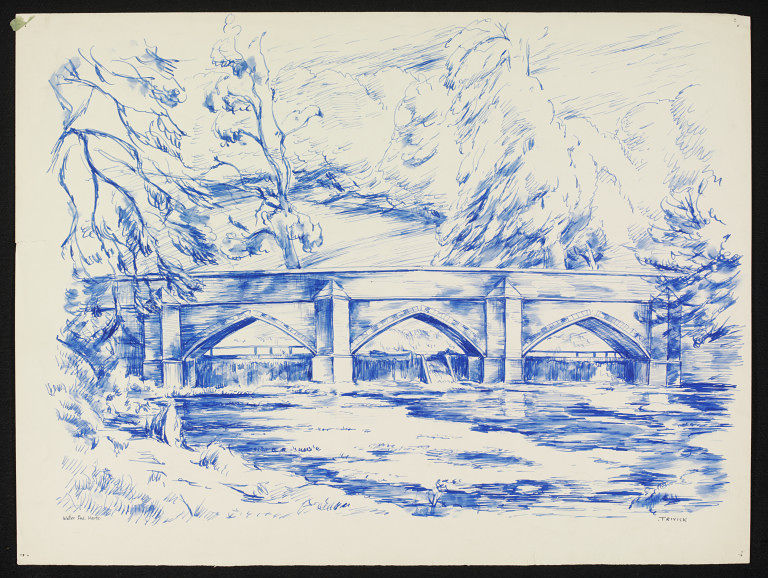