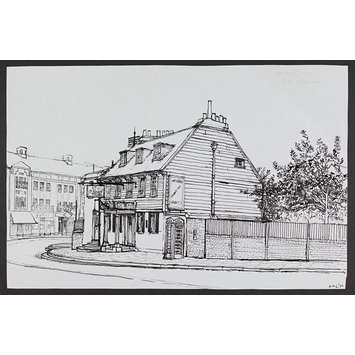 Drawing; signed and dated. Close view of the George Inn, a weather-boarded building with a pillared porch. The artist uses a crisp, plain style of line drawing.

Pen and ink drawing on paper 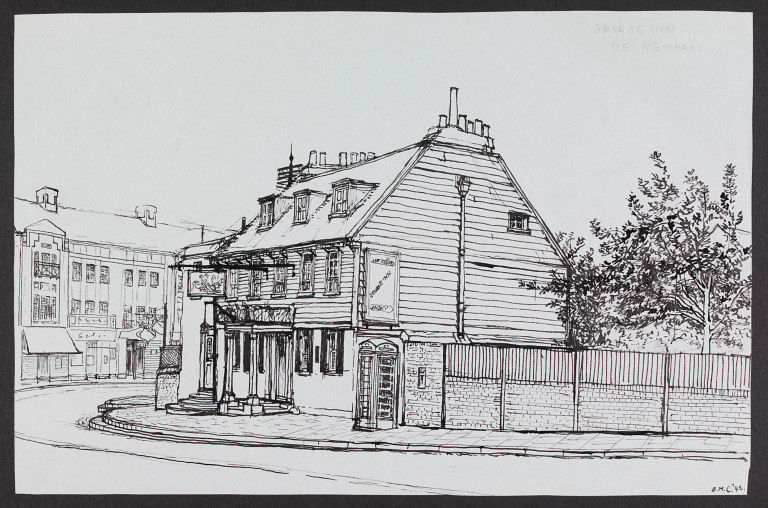