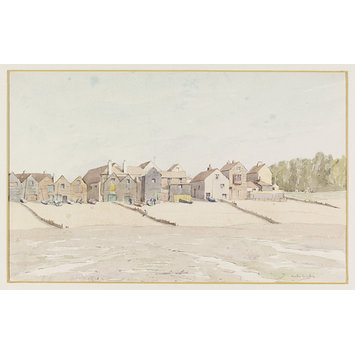 Watercolour; signed. View from the sea looking towards fishermen's huts and groynes on the beach at Whitstable. 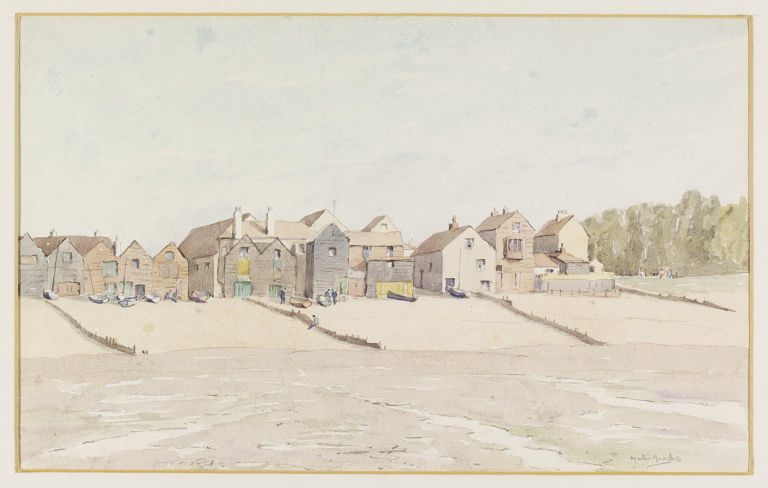