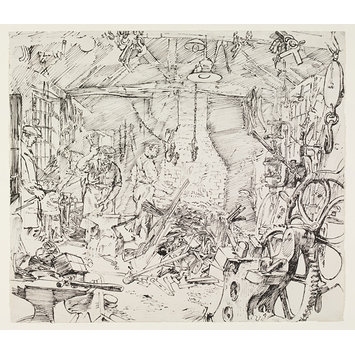 Drawing. View of blacksmiths at work in a forge in Newington, Kent. The image, drawn in an energetic line, depicts a mass of metal objects of all descriptions piled up on the floor and hanging from the rafters, illuminated by the glow from the furnace in the centre. 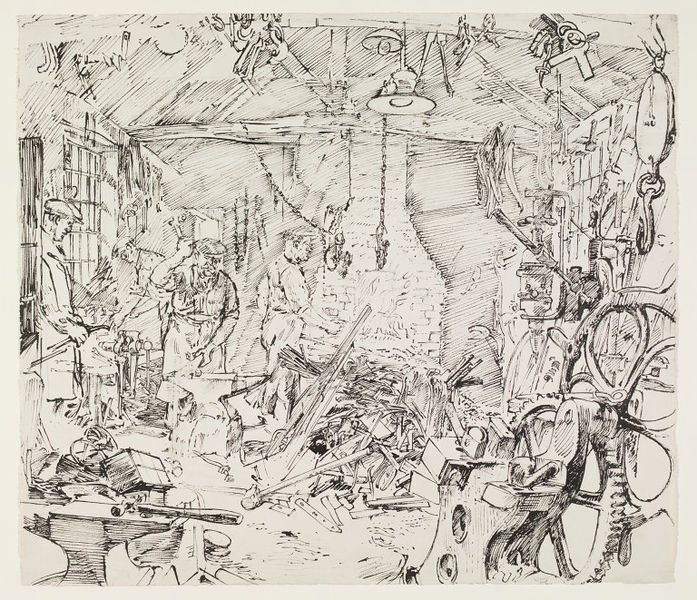