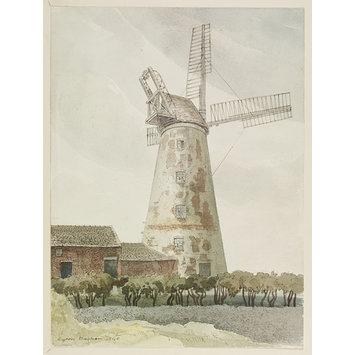 Watercolour; signed and dated. View of a windmill at Clifton in Lancashire. The sails are incomplete and flaking white render reveals the brick tower beneath. 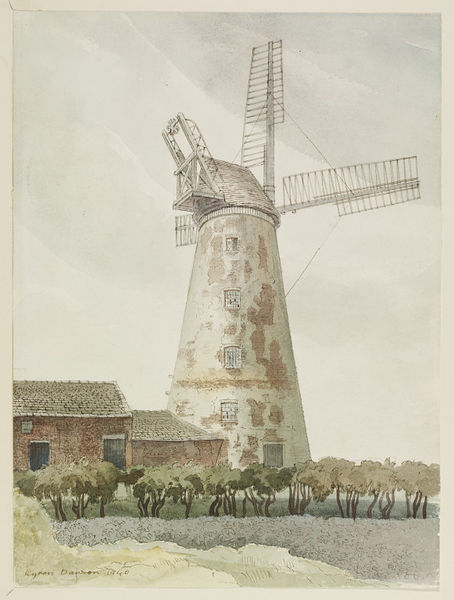