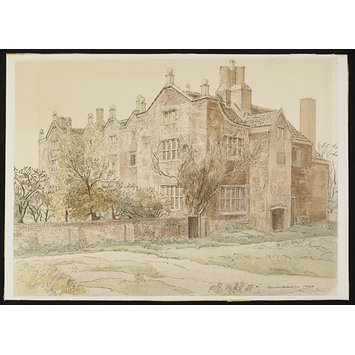 Watercolour; signed and dated. View of Hough End Hall, an Elizabethan mansion. Built of brick, it has mullioned windows and five gables ornamented with ball-topped pillars. It is seen at an angle with a garden wall and a line of trees at left. 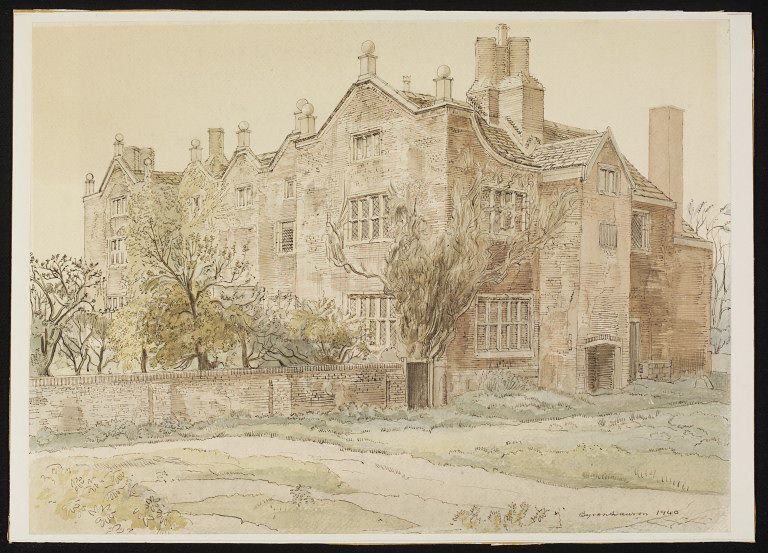