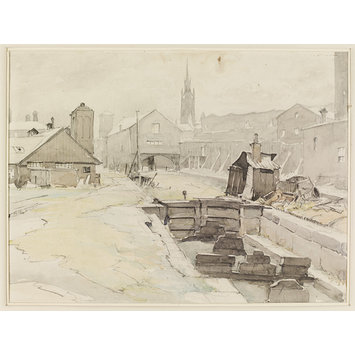 Watercolour. View of the Manchester Ship Canal at Quay Street, Manchester. In the foreground is a lock and beside it the lock keeper's cottage. In the background, buildings used as a dry dock, and the steeple of St. Matthew's church.

The watercolour is titled by the artist, and listed in the original catalogue of the Recording Britain collection (1949) as 'Manchester Ship Canal, Quay Street, Manchester'. However this title is erroneous. The waterway shown in the picture is clearly not part of the Ship Canal; not only is it too small to accommodate ships, the Ship Canal starts at Woden Street, some distance to the south-west of Quay Street. 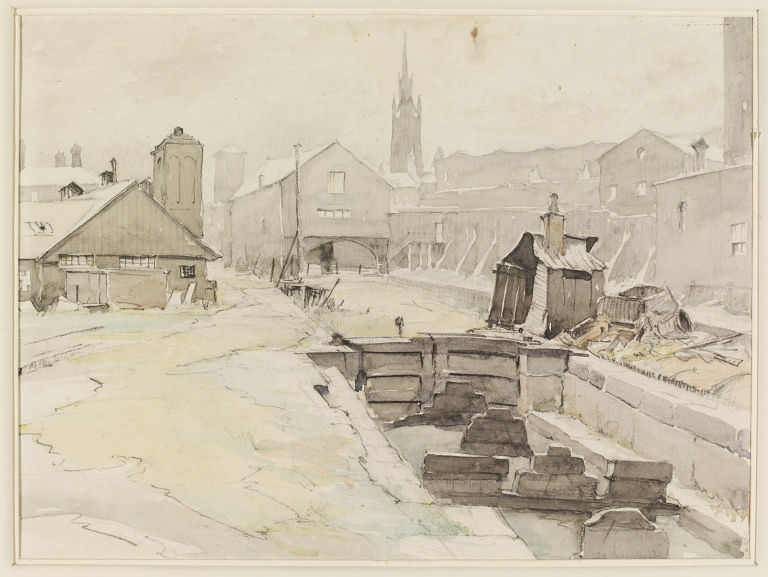