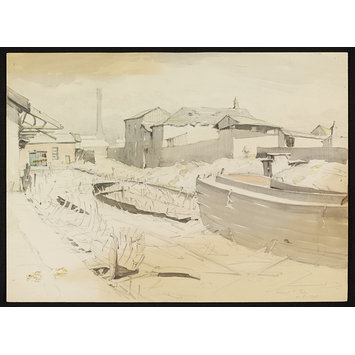 An old part of the Ship Canal, Quay Street, Manchester

Watercolour; signed and dated. View of derelict barges on the Manchester Ship Canal. 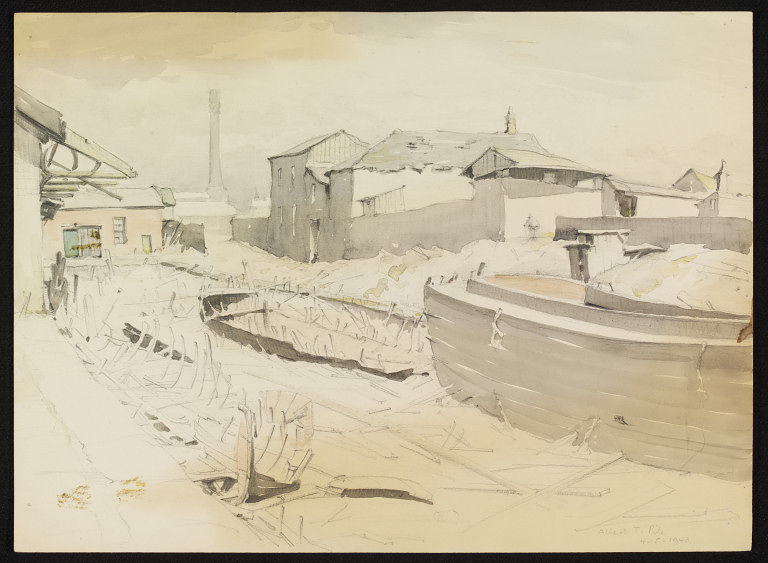