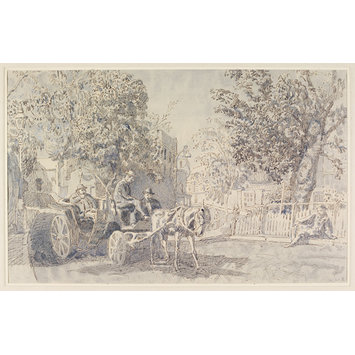 Drawing; signed. View of a horse-drawn carriage, paused on a street in Hampstead while the driver and an acquaintance converse.

Pen and ink and wash drawing on paper 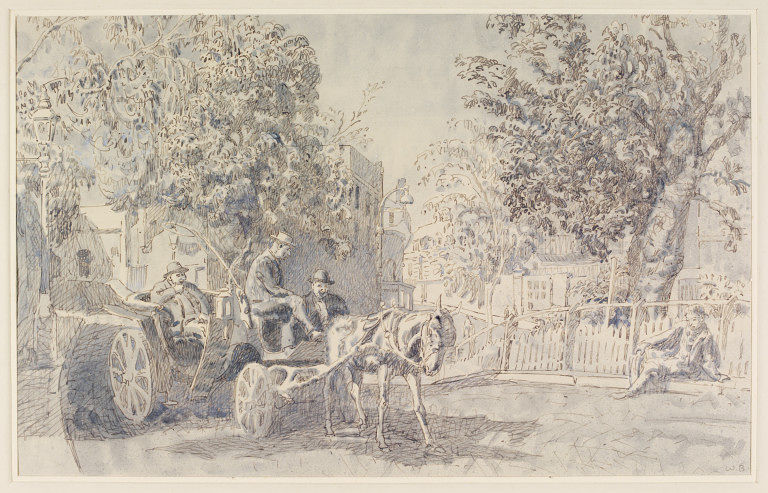