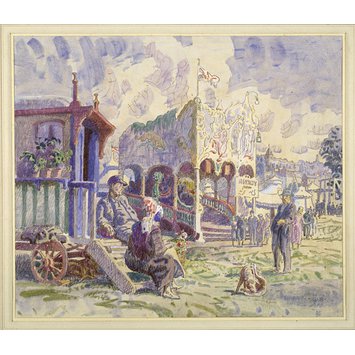 Watercolour; signed. A fairground couple sit on the steps of their caravan, looking towards a man who in turn points towards a dog. The caravan is painted in green and white stripes, lavender and red, with pots of flowers at the window. An ornate fairground attraction is in the middle distance, with crowds, tents and the trees and buildings of Hampstead beyond. 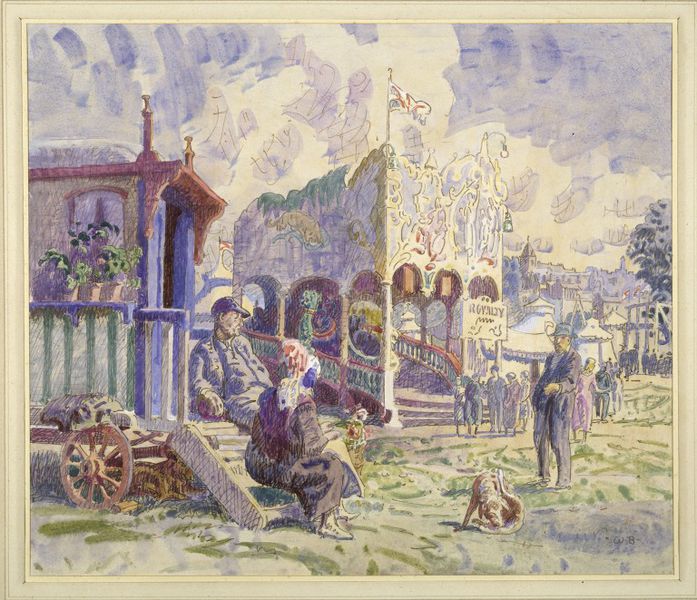