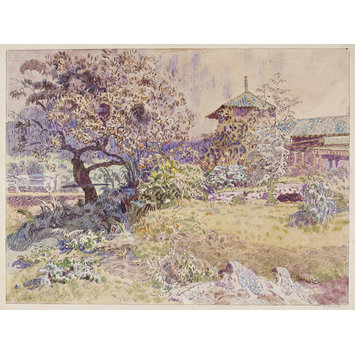 Watercolour; signed. View of the Reptiliary at London Zoo. Two small reptiles sun themselves on a rock in the foreground, inconspicuous among the trees and plants. A bench in the background is occupied by two people also sitting out in the sunshine. 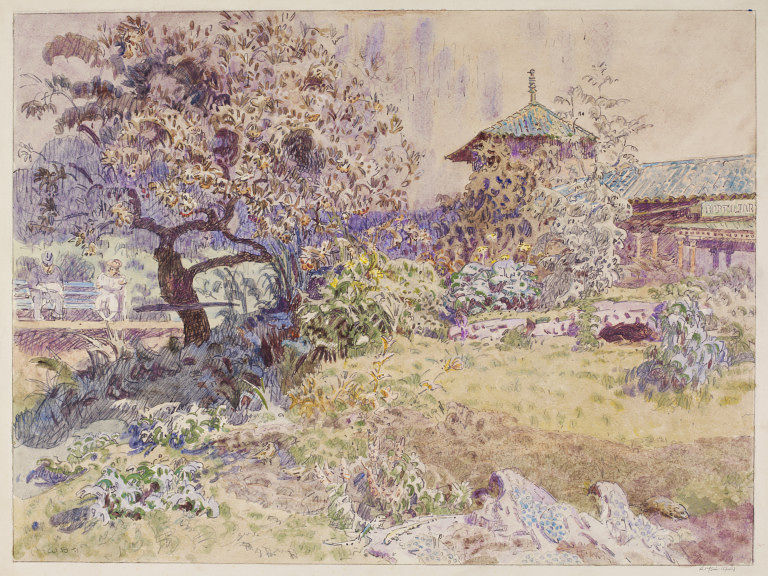