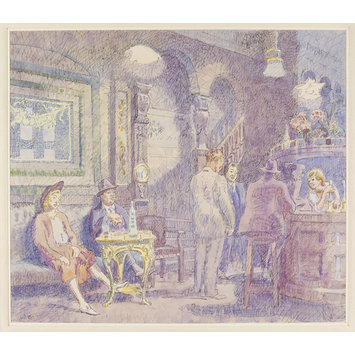 Watercolour; signed. Study of drinkers at a bar; at left a woman sits wearily, one foot raised on the gilt table in front of her. 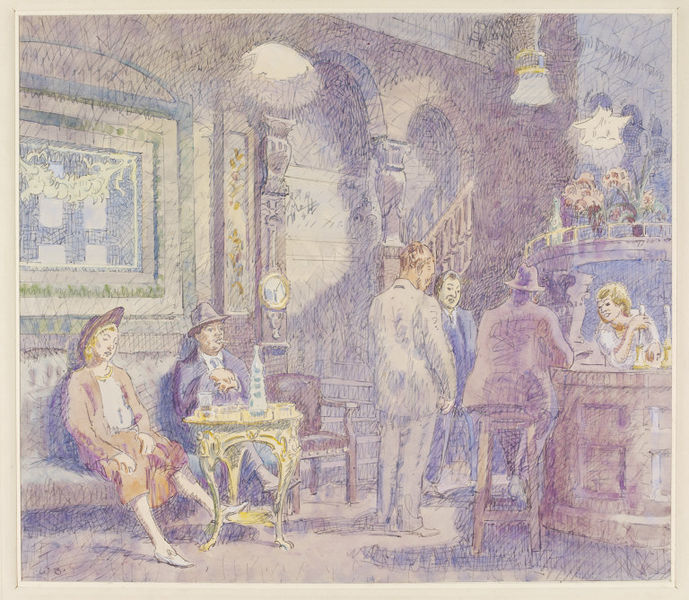