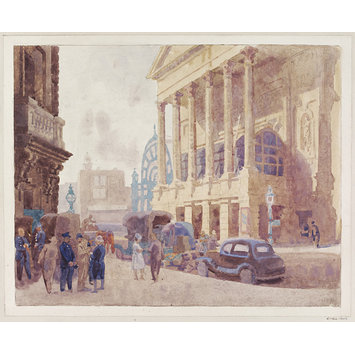 Watercolour; signed. View from across the street of the Royal Opera House, showing the colonnade. 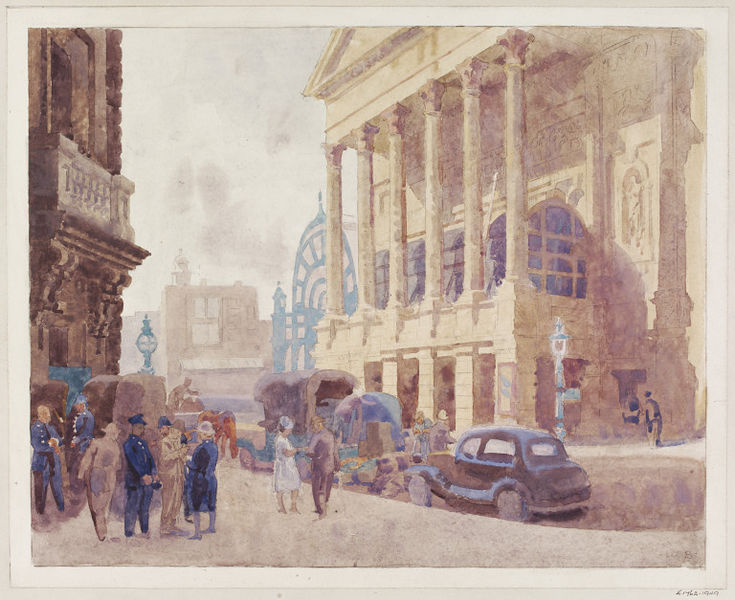