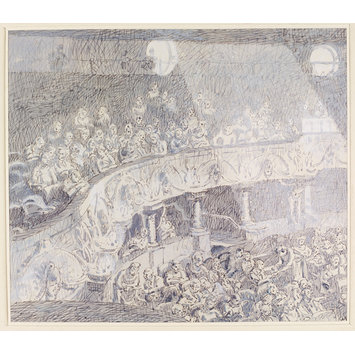 Interior of the London Hippodrome; The Royal Circle from the Stage Box

Interior view of the London Hippodrome showing the audience seated in the Royal Circle and a second block below. A beam of light cuts diagonally through the composition at right.

Pen and ink and wash drawing on paper 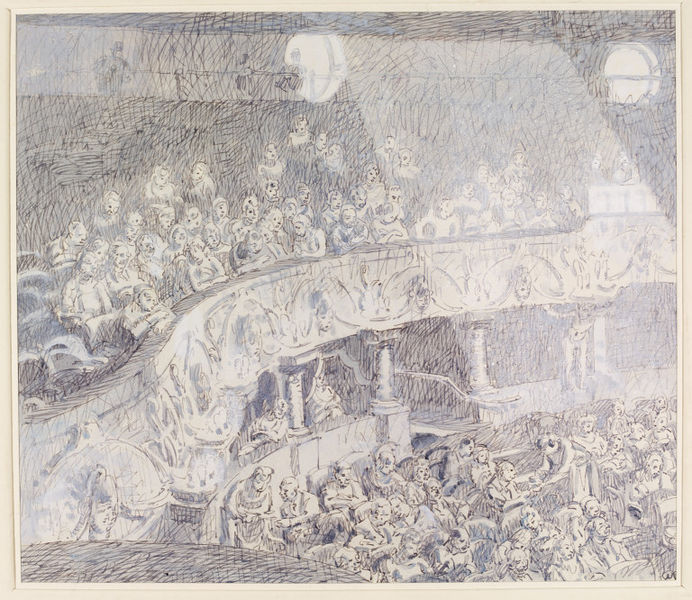