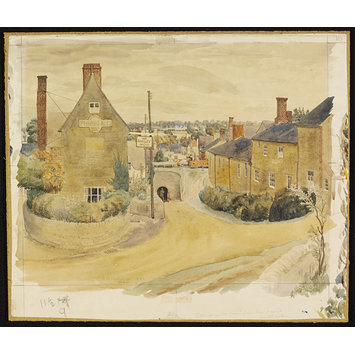 Watercolour view of the village of Cosgrove, showing the Barley Mow pub in the foreground; signed, dated and titled. 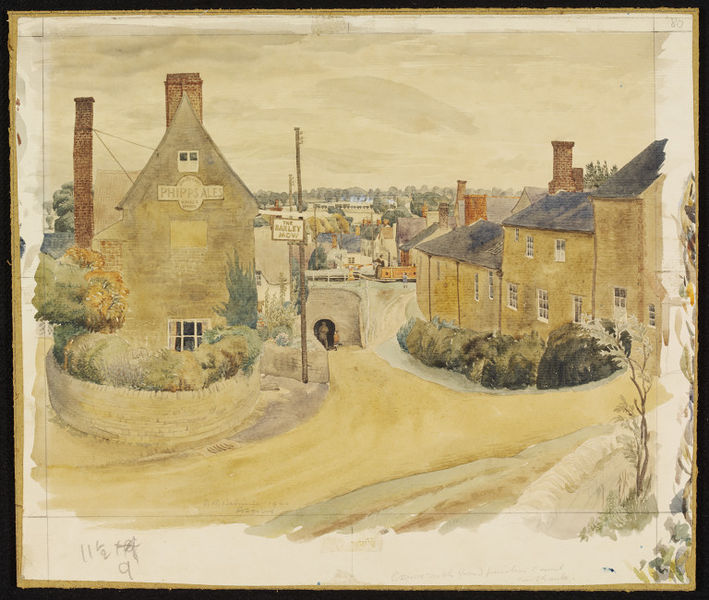