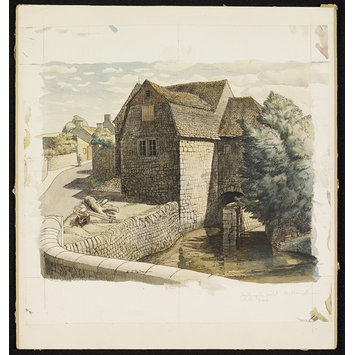 Watercolour view of a mill in the hamlet of Duddington. The stone building arches over a bend in the river; signed. 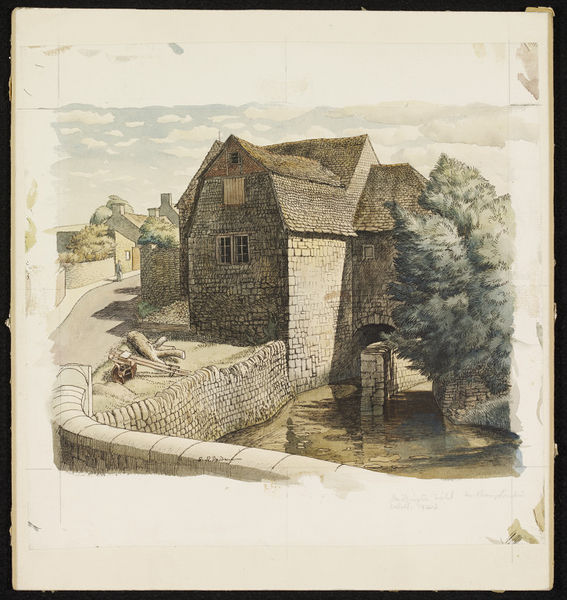