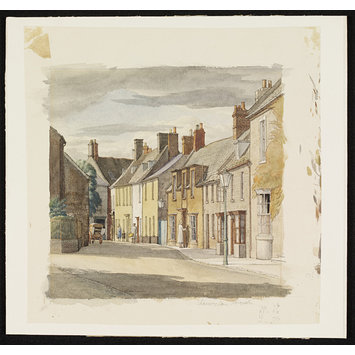 View of terraced houses lining a lane in Thrapston, with a small cart at the vanishing point; signed.

'S. R. Badmin'
Signed at bottom towards the left 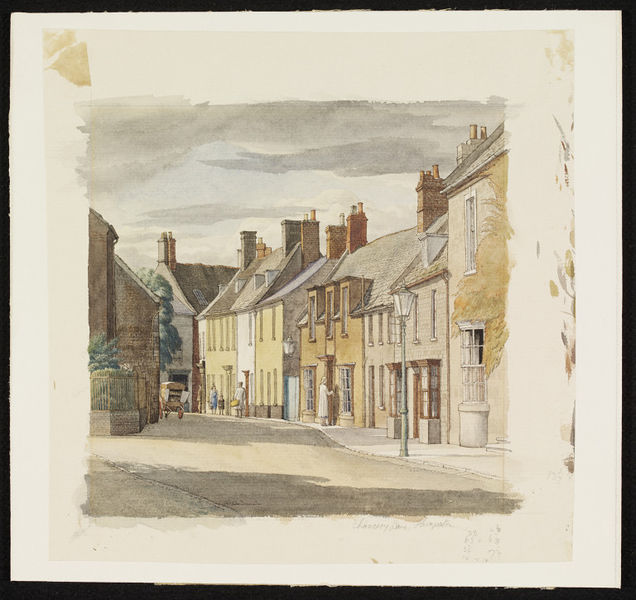