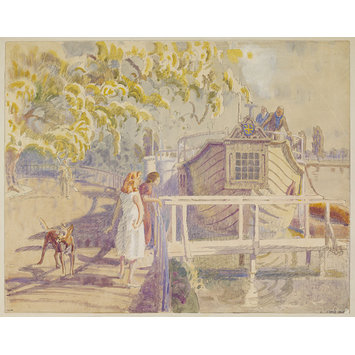 College Barges on the Isis, Oxford

Watercolour; signed. View of a college barge moored on the river. Two young women in summer dresses approach the gangway. 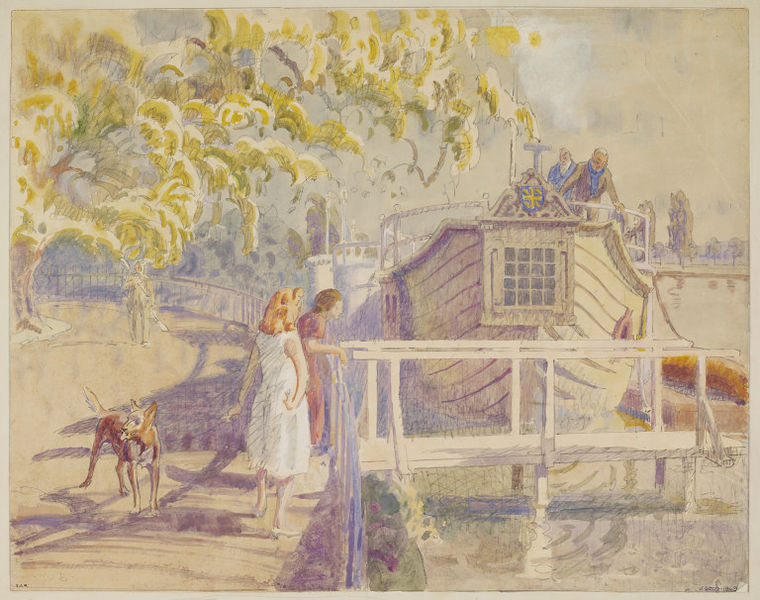