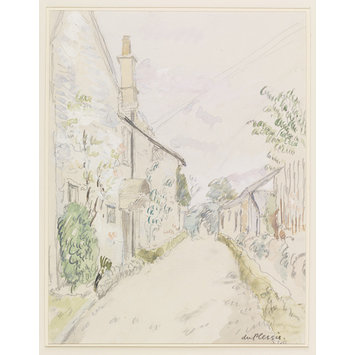 Watercolour; signed. View of cottages on a lane in the village of Churchill. 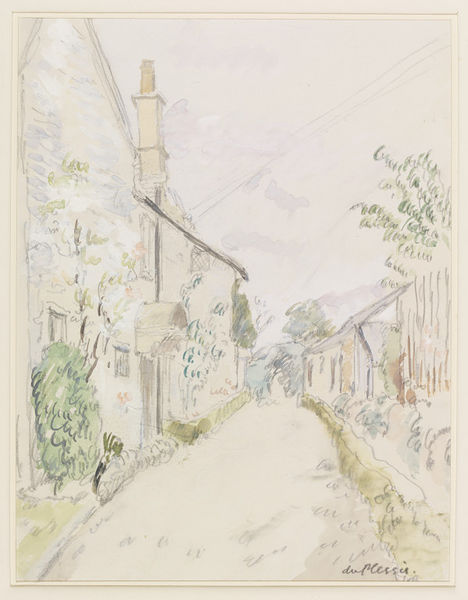