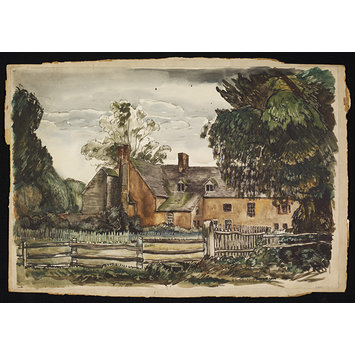 Watercolour; signed. View of a honey-coloured country house set among trees with a fenced enclosure in the foreground. 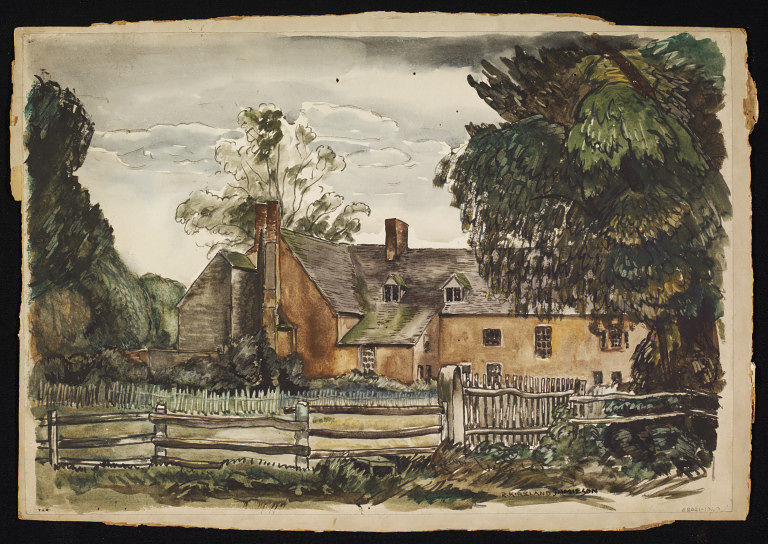