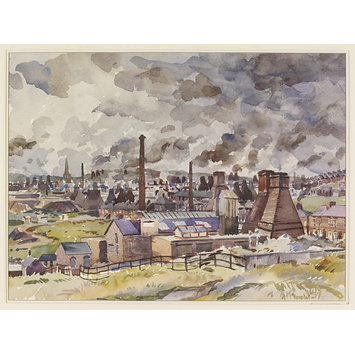 Watercolour; signed and dated. View of a smoke-filled sky and the factory chimneys and bottle ovens of Tunstall, an industrial town dedicated to pottery production. 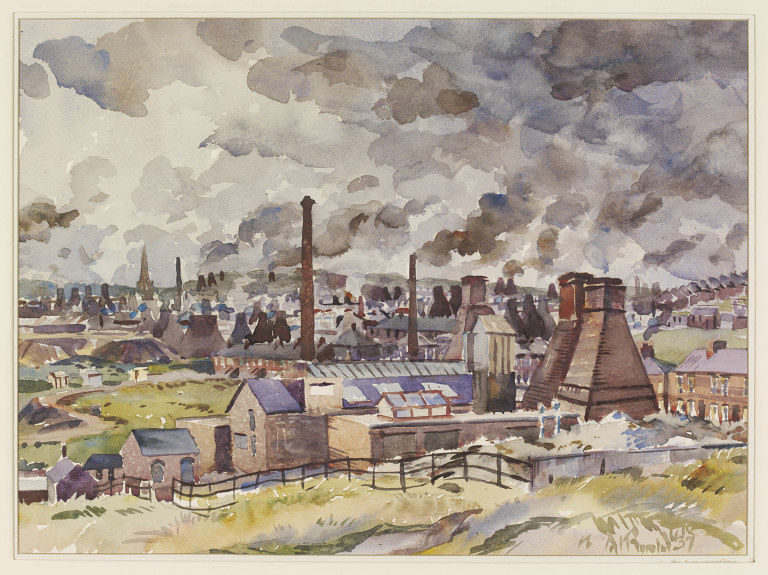