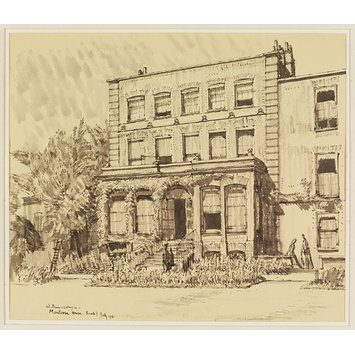 Drawing; signed, titled and dated. View of the rear of Montrose House, with steps leading down to the garden, shown in full sun. 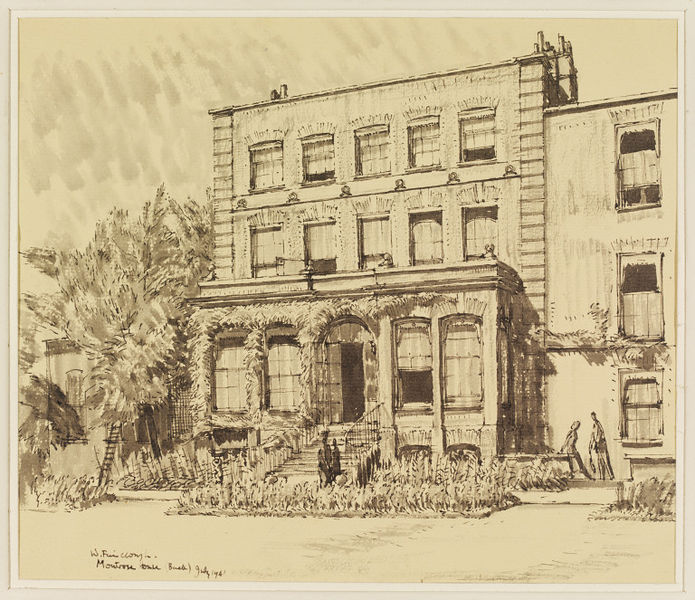