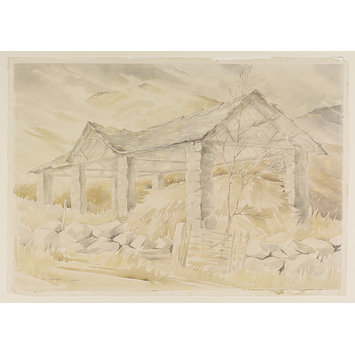 Watercolour; signed and inscribed. Study of a barn storing hay or straw with hills behind. The roof is supported by stone pillars. 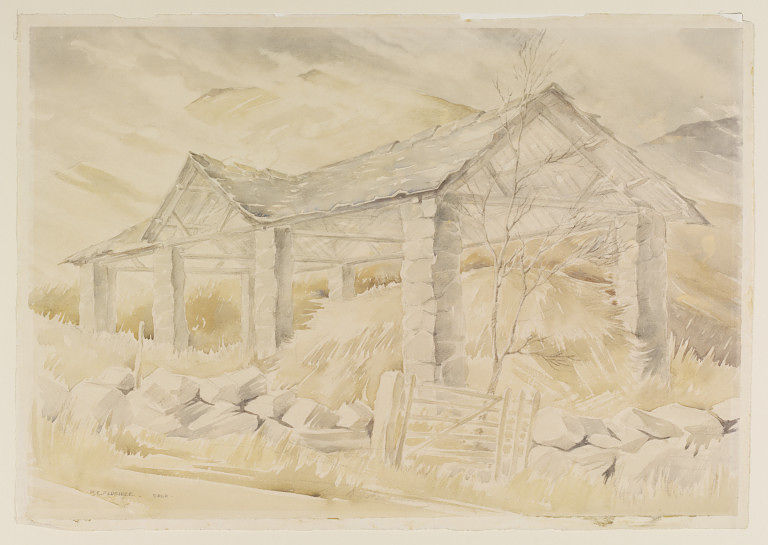