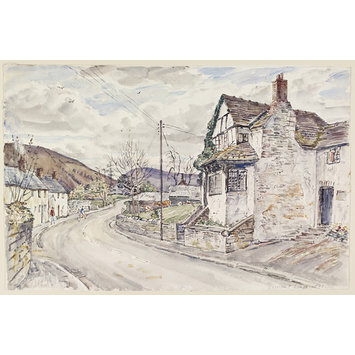 Watercolour; signed and dated. View of a picturesque old half-timbered parsonage on a bend in the road in the village of New Radnor. Cows graze in the field beyond against a backdrop of hills. 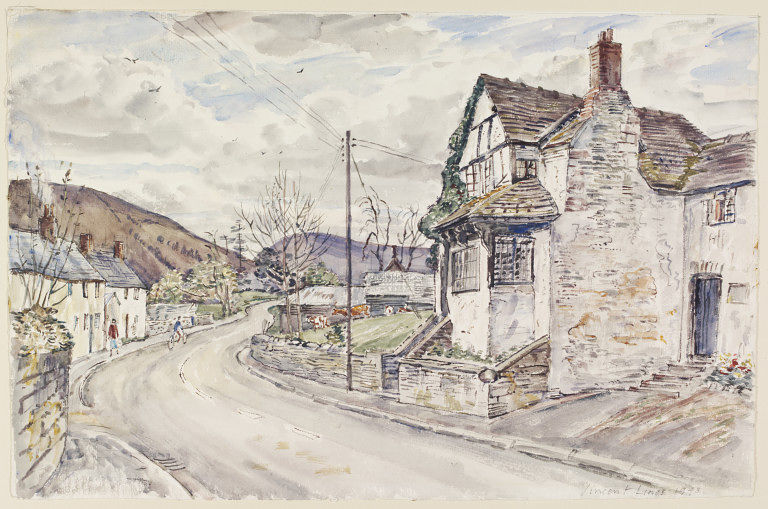