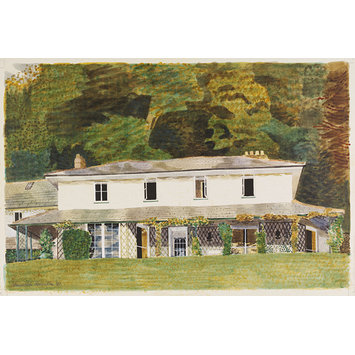 Watercolour; signed and dated. View of Tan-yr-Allt, a Regency country house with a trellised veranda encircling the ground floor, a steeply-sloping lawn in the foreground and trees behind. 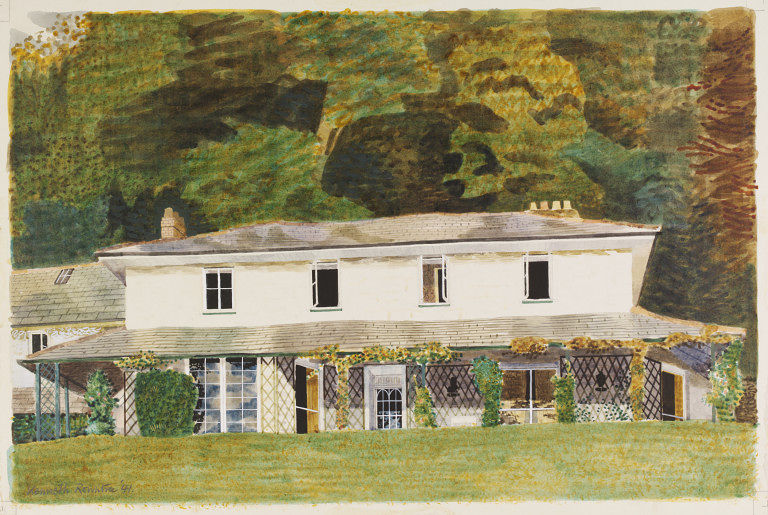