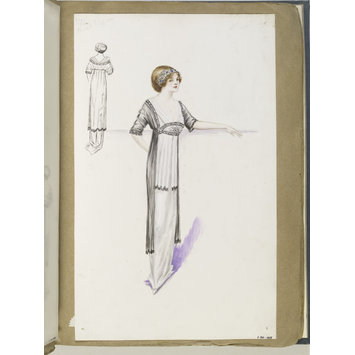 White evening gown with hobble skirt, black silk chiffon coat overdress and embroidered bands.
One of 52 designs bound in a volume from a group of 406 fashion designs for 1911.

Madame Handley-Seymour after Paul Poiret. White evening gown with hobble skirt, black silk chiffon coat overdress and embroidered bands.
London. One of 52 designs bound in a volume from a group of 406 fashion designs for 1911. 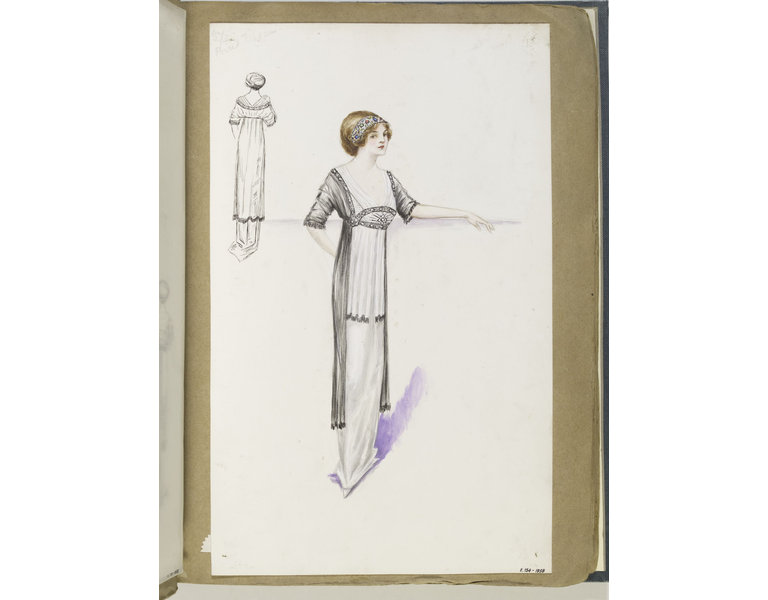