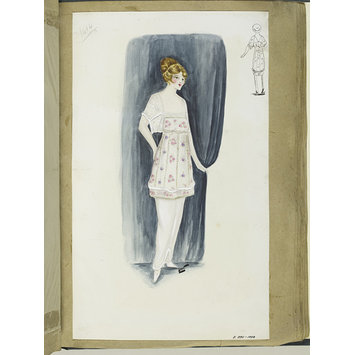 Winter white evening dress with lampshade-skirted chiffon tunic embroidered with pink and purple flowers.
One of 37 designs bound in a volume from a group of 278 fashion designs for 1913.
NB: This volume is erroneously bound as 1915.

Madame Handley-Seymour, possibly after Paul Poiret. Winter white evening dress with lampshade-skirted chiffon tunic embroidered with pink and purple flowers.
One of 37 designs bound in a volume from a group of 278 fashion designs for 1913.
NB: This volume is erroneously bound as 1915. 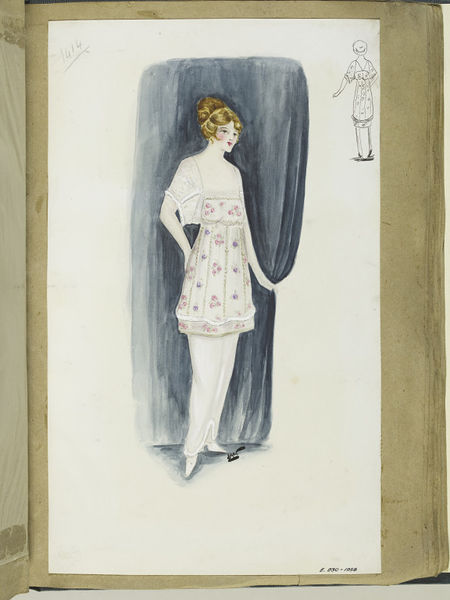