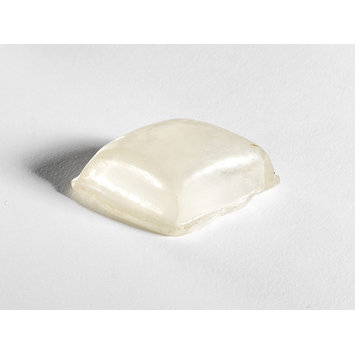 This fragment is part of group which includes various pieces of hollow moulded glass of various shapes each with a narrow flange, typically colourless and transparent. These were evidently combined with similar shapes in mother-of-pearl and inset into decorative wall panels to reflect and possibly transmit light.

Fragment for inlay decoration, colourless glass opaque through abrasion, lozenge or rhomboid shape with narrow flange. The surface of bottom lip appears to have been ground for insertion.

The ancient city of Samarra, on the Tigris River, Iraq, 125 km north of Baghdad, was the site of the first large-scale archaeological investigation into Islamic antiquities. It was excavated between 1911 and 1913 by the German archaeologists Ernst Herzfeld (1879-1948) Friedrich Sarre (1865-1945R). The list of finds, numbered in excess of 1,161 fragments. This included wall paintings, carved stucco wall revetments, carved and painted woodwork, architectural details carved from both marble and alabaster, smaller finds of glass vessels and mosaic tesserae, ceramics, steatite, iron nails and mother of pearl inlays. Not all the pieces were excavated by the German team, some were chance finds purchased from the locals, which accounts for lack of provenance in the Finds Journal.

In 836 AD, the Abbasid Caliph al- Mu'tasim (r. 833-842) moved his capital to Samarra from Baghdad. He commissioned the construction of an imperial city with a network of canals, monumental mosques, palaces, baths, gardens, racecourses and wide open areas to the east and west of the settlement in which to pursue the courtly activities of hunting wild animals. He also allocated land to military and court officials, who built similarly richly decorated palacial complexes. His son and successor, the Caliph al- Mutawakkil (r. 847-861), ordered the construction of the famous spiral minaret at the great mosque. Construction halted at Samarra in about 880 AD and later was abandoned by the Caliph and his court in 892. However, parts of the site continued to be occupied as proven in this collection by some 11th-13th-century ceramics. Indeed the excavators noted some 13th century Raqqa lustre wares in the fill at Qasr al-ÿÿshiq, a palace on the west bank of the Tigris.

After Samarra was captured in April 1917 by the British in World War I, the remaining finds were moved to Basra via Baghdad, where Gertrude Bell (1868-1926), as honorary Director of Antiquities in Iraq, acted as the art advisor to the V&A. Due to the efforts of the directors of both the V&A and the British Museum, the finds were eventually shipped to London in 1921. The Foreign and Colonial Office convened a commission at the British Museum, which Herzfeld was invited to preside over, in order to divide the Samarra finds into type sets. These were later offered to over twenty different museums and collections including the V&A which received several hundred objectsR in all media, accessioned in 1922. 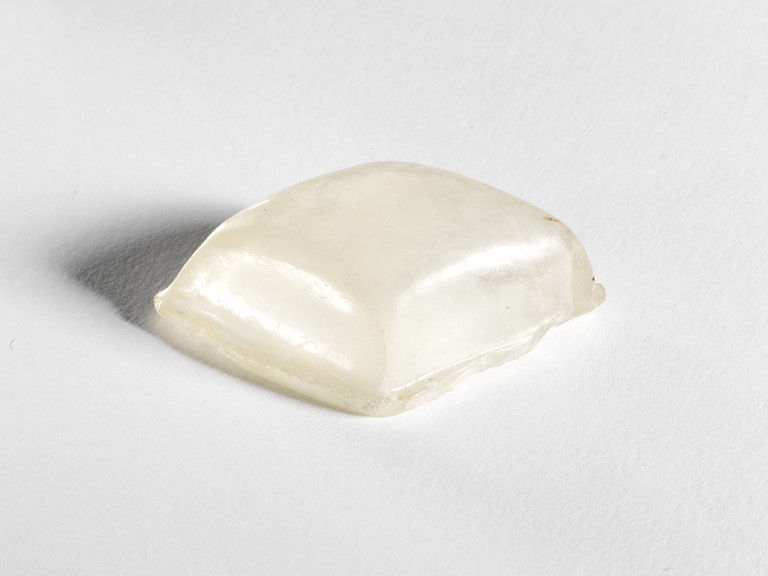