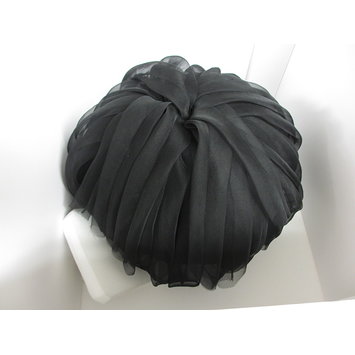 ‘Balenciaga’s hats are an integral part of his fashion,’ reported the French fashion review Jardin des modes in 1961. They ensure ‘that volumes are balanced and the silhouette is perfectly finished off.’ Fairly conventional ensembles were often paired with a striking hat which lifted the whole look and made it appear more avant-garde. The client could buy the whole ensemble or leave the hat if it was too daring. The designs for hats were as fiercely protected as those for dresses. The police commissioner stamped the official sketches of the hats to protect them from being copied.

Round hat formed of black silk organza tubes sewn onto a black net supporting structure, secured with black band. The top layer of organza tubes hang loose from the top, adding volume to the shape of the hat.

Born Margaret Kellner in Rochester, New York, Mrs Wind was the daughter of the German physicist G. A. Hermann Kellner and his wife Margarethe, née Goetze, who had emigrated to the United States. After obtaining a B.A. in Art History at the University of Rochester in 1937, she moved to Mills College in California where she met her future husband. She subsequently became his Research Assistant at the Institue of Fine Arts, University of New York in 1940. They married in May 1942 and between then and his appointment at Oxford, they moved from Chicago, where her husband was professor of art at the University of Chicago (1942-44), to Northampton, Massachusetts where he was appointed Neilson research professor at Smith College and then professor of philosophy and art (1944-54). He went on to serve as first Professor of the History oF Art at Oxford University (1955-67). After his death in 1971, Mrs Wind became his literary executrix, dedicating more than 30 years to advocating for his legacy in Oxford. Her donations, together with funding secured from the Louise Crane Foundation, went into the Wind Benefaction, which helped to fund work on Edgar Wind's private and scholarly papers, research on his life and work, and new editions and translations of his publications. She also took a leading role in the establishment of the Wind Room, which opened at the Sackler Library in 2001 and houses the collection of books that Edgar Wind had acquired for the History of Art Library during his tenure. Photographs in the Wind collection reveal that the Winds were in Paris in the 1960s.
Source: http://www.bodley.ox.ac.uk/dept/scwmss/wmss/online/modern/wind/wind.html [accessed 14 May 2018] 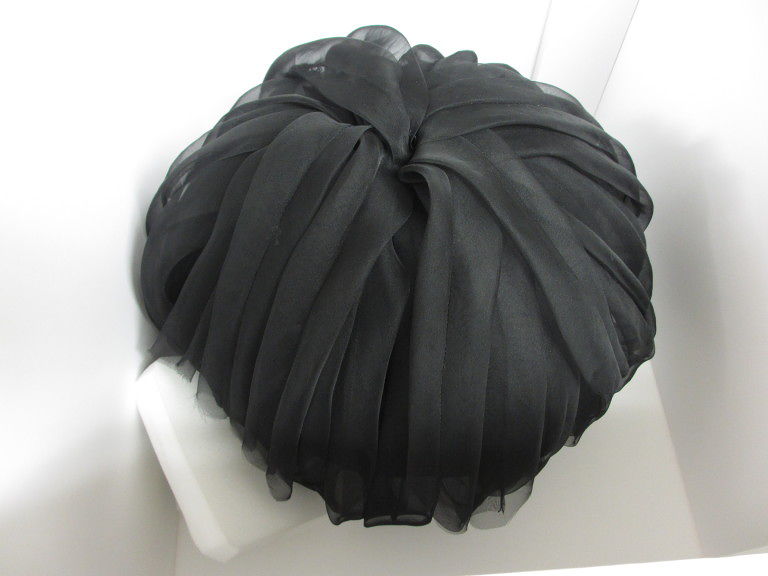