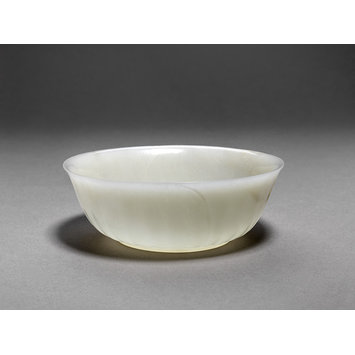 This cup has been fashioned from a single piece of nephrite jade and subsequently set into a metal mount. Nephrite is a hard and durable material that requires patience and skill to work. Although it is a hard material, when it has been worked to give fine edges or thicknesses, it can be prone to damage by sharp impacts or significant and rapid changes in temperature. Objects such as this, fashioned from nephrite, would have been destined for wealthy or notable people.

The white nephrite jade cup is of an unusual form, with half being rounded and the other half being v-shaped, as if for pouring. On either side, at the junction between the two forms, there are two pierced and carved, sinuous handles. The body stands on a narrow, flared and recessed foot. The inside of the cup is smooth and polished and the exterior is decorated with flower and leaf designs, carved in low relief. There are several natural cracks running around the body, some of which have become stained.
The cup is mounted in white metal, now tarnished, by a three-footed setting around the cup's foot rim and through the metal handle which attaches at the rim, opposite the pointed end.

Nephrite jade and a white metal. The cup was fashioned, carved and polished using abrasives and abrasive-charged tools.

This cup was acquired by William Tayler during his time in India (1829-1867). He subsequently sold it to the South Kensington Museum (later renamed the Victoria & Albert Museum) in 1874 for the sum of £20-0-0.

William Tayler was educated in England at Charterhouse and also spent a term at Christ Church, Oxford. He entered service with the East India Company on 30th April 1829, arriving in India in October of the same year. He held various posts in Bengal and was appointed Commissioner of Patna in 1855. During his service, he was able to acquire many objects, including hardstones, relating to the customs and religions of India as well as objects from other parts of South Asia.
He was criticised for his handling of the uprisings in Northern India and was moved to a lesser post before being suspended, ultimately resigning on 29th March 1859. He then practised as an advocate in the law courts of Bengal before returning to England in 1867.
He wrote a book about his experiences, entitled Thirty-eight Years in India, in which he states that "After my return to England, circumstances induced me, though with great reluctance, to part with the collection which is now in the South Kensington Museum". 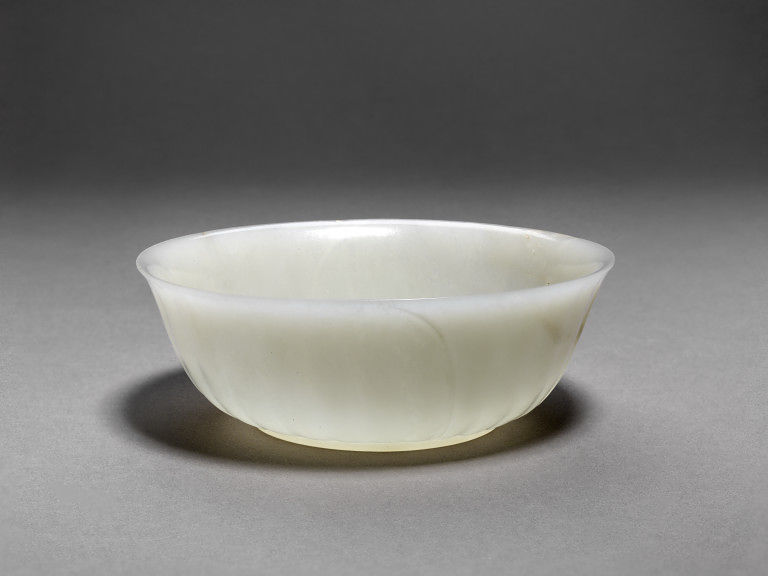