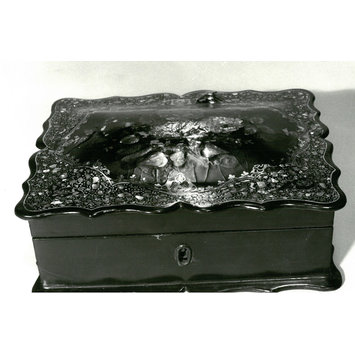 Black card case in papier-mâché, oblong with a shaped top and base. The top is painted in gold and colour, and is inlaid with mother of pearl. 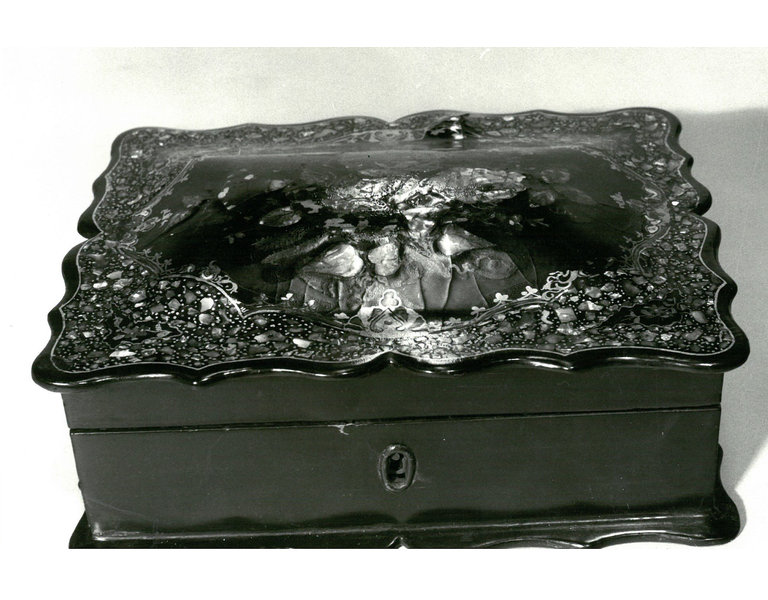