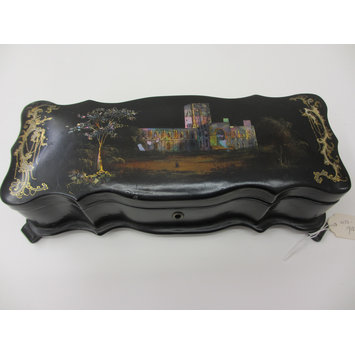 Papier-mâché workbox with a curved outline and hinged lid. The lid depicts a view of St. Albans Abbey. It is also fitted with an inner lid, lined with green silk and silver paper.

Papier-mâché workbox, decorated in mother-of-pearl and gilding, with view of St. Albans Abbey on the lid. English, ca. 1800-1850. 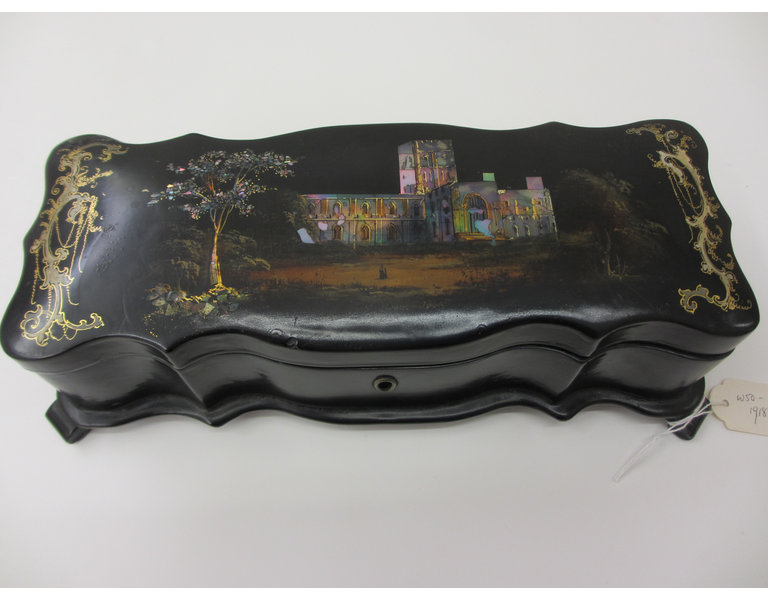