If you would like a larger file, or to use the image in other ways, contact our Licensing team.
+9
+7
images
On display at V&A Dundee
Scottish Design Galleries, V&A Dundee
Plan a visit

Pair of Wellington Boots
1989 (made)
The first Wellington boot (in leather) appeared in 1817 as a modification of the first Duke of Wellington's Hessian style boot. By 1856 the North British Rubber Company had been founded in Edinburgh by American entrepreneur Henry Lee Norris who imported skilled American workers and machinery to manufacture the first rubber Wellington boot. The company made over one million pairs of waterproof boots for the British army during the First World War.

The classic Hunter "Wellie" first came on the market in 1958. Ingeniously constructed of twenty-one individually shaped pieces of 100% rubber it is completely waterproof. In the 1980s the boots became a fashion accessory associated with the urban middle and upper-classes who idealised the lives of rural gentry. Indeed, the Official Sloane Ranger Handbook states in reference to their ubiquity in early-1980s west London that ‘London Sloanes sprout green [Hunter] wellies in wet weather like a plague of frogs’. 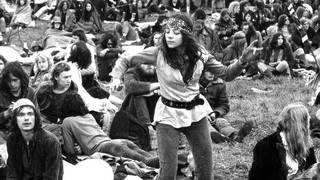