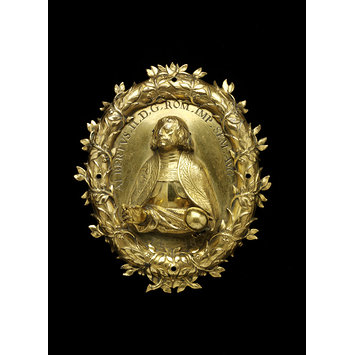 Oval plaque of gilt bronze with a relief portrait of Holy Roman Emperor Albrecht II, his face turned 3/4 towards his right. The silver laurel wreath round his head almost entirely missing (one silver leaf remaining to the right of his head), as are the cross surmounting the orb he holds in his left hand, and the entire sceptre he would have held in his right. The plaque with the portrait is cast in a high copper alloy, and is held by four pins into a separately cast frame of a laurel wreath with myrtle branches wound around it. The frame is pierced at the top, bottom and sides with four holes which would have secured it to a piece of furniture or a casket.

'ALBERTVS . II. D[EI]. G[RATIA]. ROM[ANORUM]. IMP[ERATOR]. SEM[PER]. AVG[USTUS]. 1438.'
'Albrecht II, by the Grace of God Eternal and August Emperor of the Romans. 1438'
Albrecht's name and imperial title inscribed around the rim of the oval above his portrait; the date of his election as German King below his portrait. 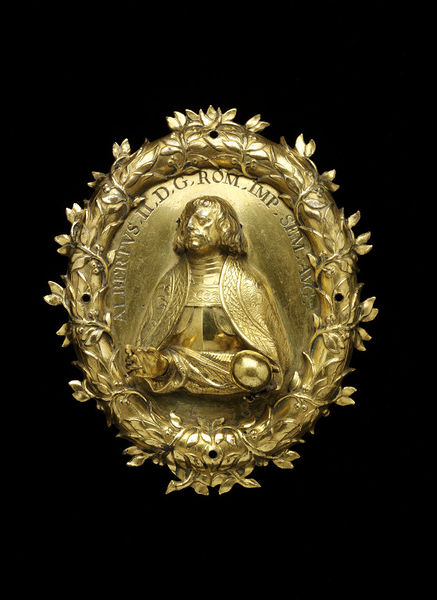