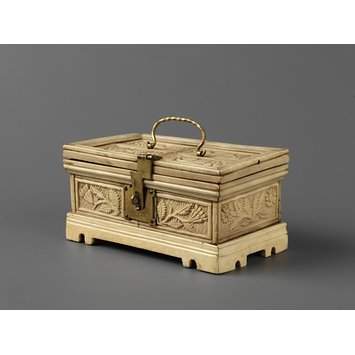 This casket of ivory, bone and wood, is made in the South Netherlands, in about 1440-1470, with later additions. It depicts floral motives and was porbalby intended as a nuptial gift. There are signs that the casket has been substantially restored, even remade.

Casket in wood covered with plaques of bone, the lock and handle are in brass and do not appear to be medieval. The panels are filled with foliage and floral scrolls. The lid contains four bone plaques carved with flowers (probably roses) and a thistle against a hatched background, surrounded by a moulded border. Both the front and the back have two plaques, the short sides one; the former depict thistles, the latter roses. Lined with modern red silk. 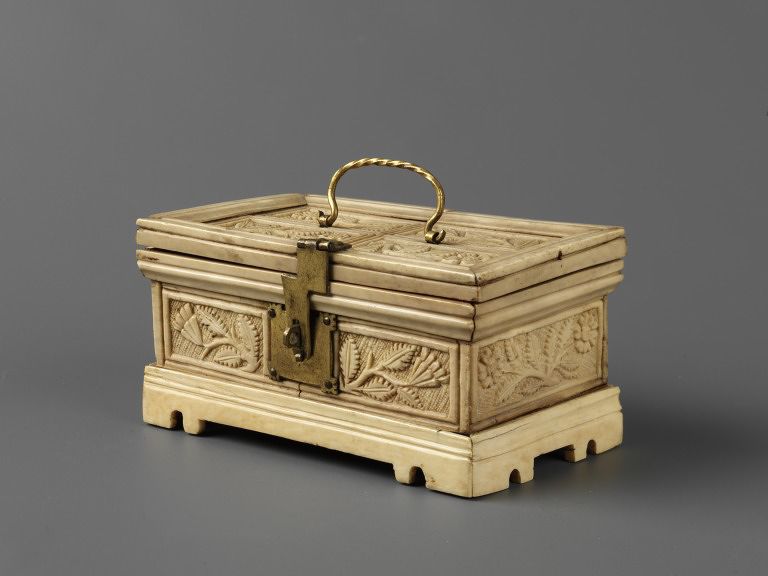